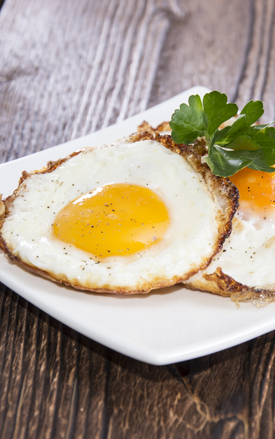 Egg is the only source containing all nutrients needed by humans except for the human milk. Containing significant amounts of vitamins A, D, E, and B complex, egg plays an important role in brain functioning thanks to the CHOLINE in its content.

Egg yolk is one of few foods providing vitamin D, and if the sunlight is benefitted adequately, egg prevents the bone disorders caused by vitamin D deficiency especially in children.

Egg, which also contains minerals such as iron and zinc being important for our health, is necessary for iron binding and blood protection. Additionally, remember that iron plays a role in growing, development and protection from diseases. Its deficiency decreases child’s ability to learn and success in school.

There is no need to fear from the cholesterol contained by the egg. It is a scientifically proven fact that egg has an effect decreasing the harmful cholesterol in the blood and increasing the beneficial cholesterol. The protein in the egg is of the best quality compared to all foods. While the biological availability of protein in egg is 100%, this value is 85%, 76% and 74% respectively in milk, fish and beef.

In short, egg is such a food that it is able to create a living being without any external contribution and support. If the expectant mother is nourished deficient in proteins of animal origin, this results in a baby born with a low birth weight. A low birth weight causes the emergence of chronic diseases (diabetes, obesity, high blood pressure, etc.) in the future. If an egg is consumed daily, it both the animal protein need of the expectant mother and enables baby’s nutrition and birth with a suitable weight. It is a scientific fact that the egg consumed regularly is effective for the protection from and treatment of cancer and cardiovascular diseases, healthiness and protection of the digestive system, relieving the menopause symptoms and preventing osteoporosis. Egg consumption reduces the paralysis risk. Then, everyday eat an egg, everyday eat Gordo! 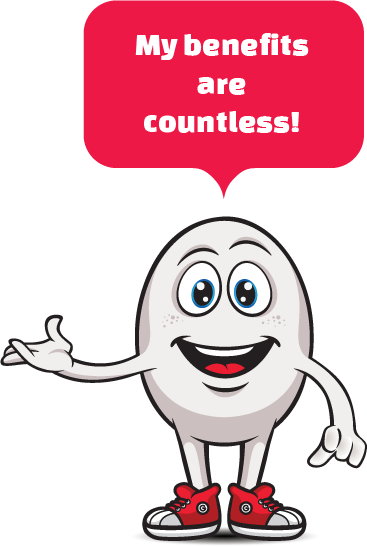